Scope of Python – In-Demand Career Prospects of Python In India Scope of Python: Python programming language, to be the most promising career in technologies, industry. Opportunities in the career of python are increasing tremendously in the world. Since Python has simple codes, faster readability capacity, significant companies are in demand in python language. Python to be an excellent tool in designing progressive ideas. Candidates interested in python increases every day.

Today, companies both in India, our lookout for a skilled python developer for their companies. Knowing python language gives a competitive advantage when compared to other words. Indian IT companies established around 2 lakh jobs in 2018, still expecting more developers in python for their company. Python language becomes more trending since it is implemented in upcoming technologies such as artificial intelligence, machine learning.

Scope of python trending in the fields of data science, analyst. Job roles advanced in python with high promising pay in large companies. 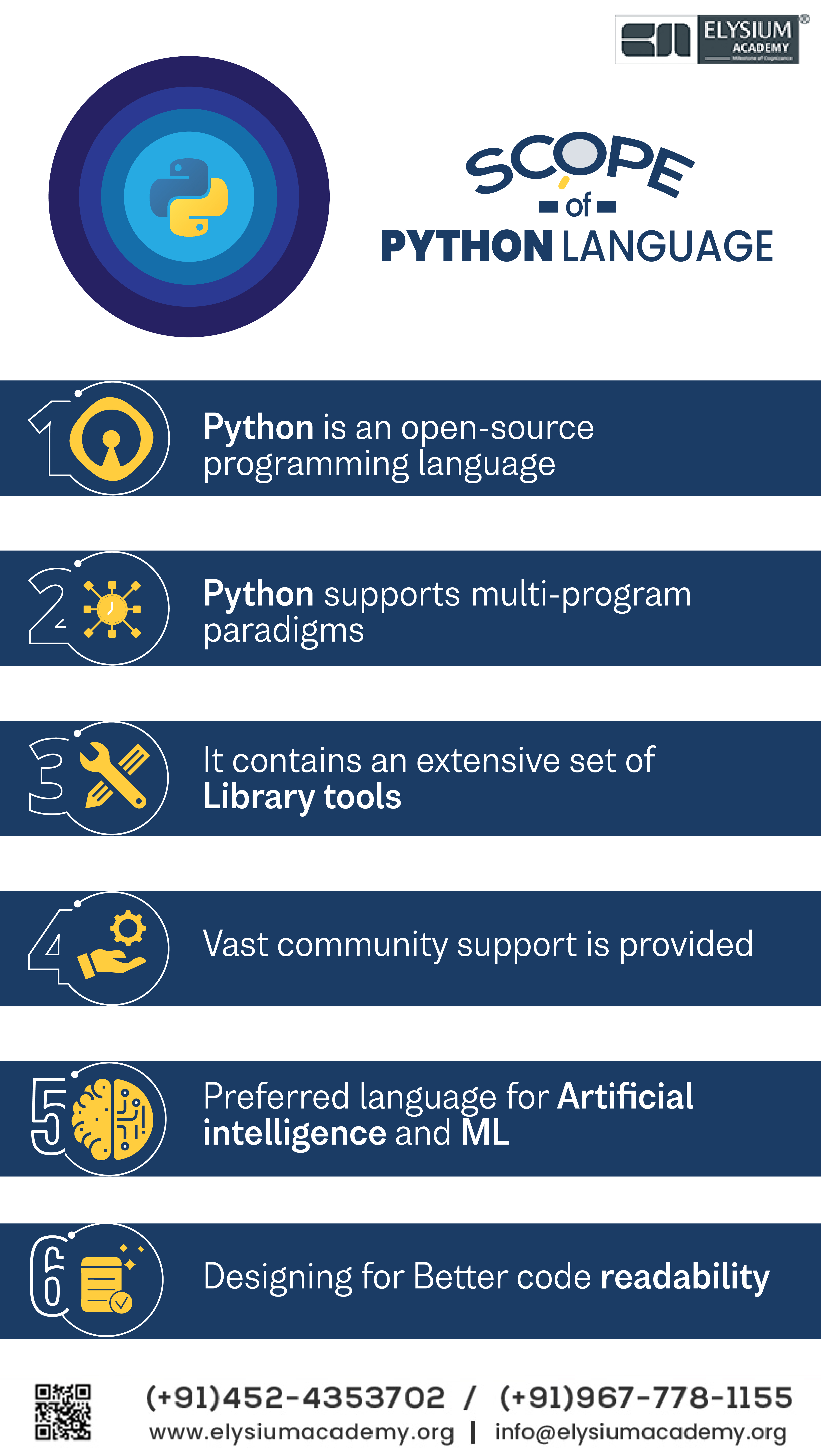 Opportunities for fresher’s in the career of python is also high. Python offers you a lot in your job if you have the right attitude. You must have a strong base in programming, solving skills. Even though Python course has simple syntax, fresher’s are not giving preference to python. It can easily understand .so fresher’s can move to python language rather than other words. There is a high demand for python developers in India.

According to HR professional statement, only resumes interested in python alone taken even resumes preferring java languages are not considered. As a fresher you can earn around 3 to 5 lakh per annum in python language, you can move for an advanced certification course in data analyst for a rewarding career in python language.

Python is necessary for an experienced one, for a better opportunity in their career. you are a java scripter its time to make yourself secure in python for beginners. You have to have strong knowledge in scientific, numeric modules to be well versed in python language salaries for experience one as a python developer ranges around 12 lakhs per annum.

Python to be the multiprogramming language since it has all features of conventional Latest programing language. Such as c, c ++. It continuously serves as a best language for developing applications efficiently.

Scope of Python Career in 2020, Impressive salaries for python in various job roles. Python is the fastest-growing language without any threats. Large companies adopting python for their projects to get a better result efficiently learn data analytics course.

After understanding the huge opportunities in python. Focus all the skills in need to become an expert python developer.

To write scripts, testing mobile devices it is the most demandable language in IT industry. Python just the great tool at large scale. Companies in India, us expecting highly skilled python developers for their companies. Statistics show that continuous rise in salaries for python developers. Python offers excellent management memory.

Python is a real-world programming language used in the commercial world. Quicker to learn, contains many libraries. Python trainers few in number. It is the fastest-growing programming language. By choosing python as a career, you can also be a part of the trending technologies. Without python language, we can’t deliver exceptional results.